Skip to main content
Set against the rise of the Tea Party in the aftermath of the US Supreme Court’s 2010 Citizens United ruling, a citizen uprising to recall Wisconsin Gov. Scott Walker collides with the Tea Party-aligned “Americans for Prosperity,” a group founded and lavishly financed by two of the world’s richest men —David and Charles Koch. As Republican working class voters find themselves in the crosshairs of their own party and its billionaire backers, they are forced to choose sides -- a precursor to what was to come with the ascendancy of Donald J. Trump. Directed and Produced by Academy Award®-nominated directors Carl Deal and Tia Lessin 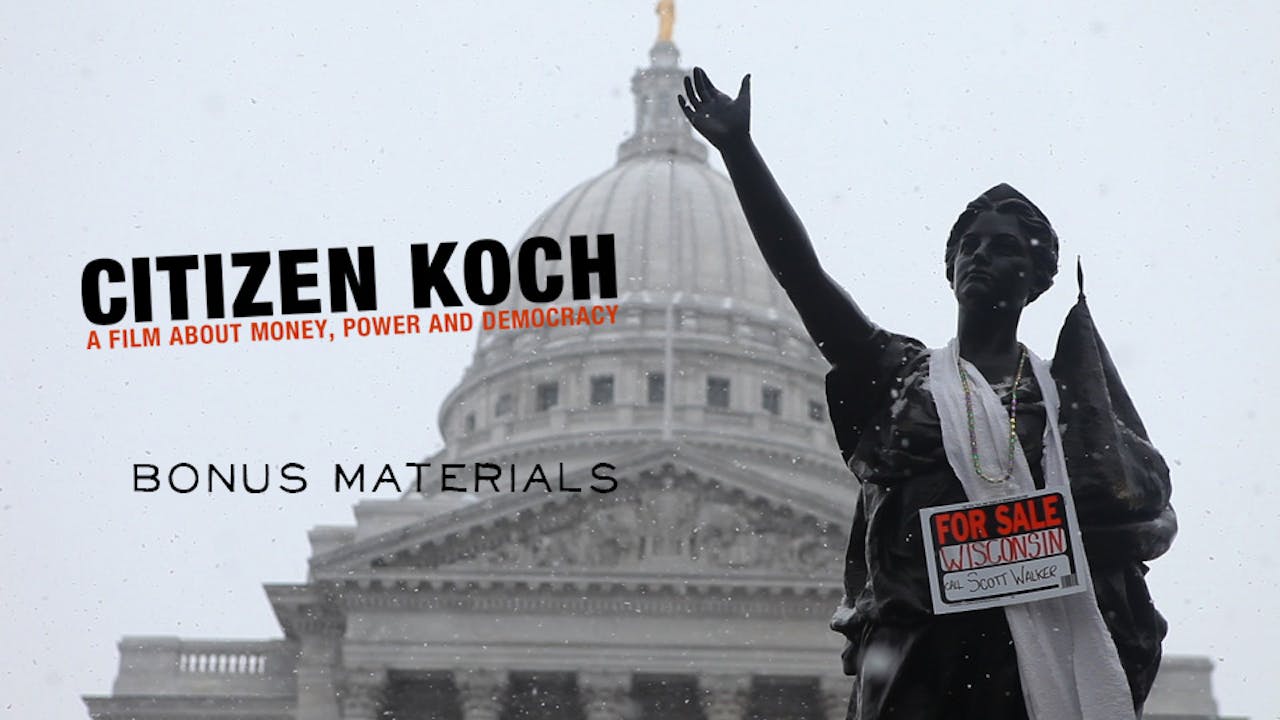 This bonus package of nine videos takes you behind the scenes of Citizen Koch, from outtakes and deleted scenes, to the filmmakers' conversation with Michael Moore, to digital exclusives of interviews with former health insurance executive Wendell Potter and ex super-lobbyist Jack Abramoff who explain how they bought influence in DC.